Just flipping through The Luminous Ground to see if there's anything we need to discuss.

Here -- something about the primacy of SLACK in the Timeless Way of building.

I just looked it up, and the first answer claims that building one of those timeless cathedrals took between 25 and 600 years, proving once again that timelessness takes time.

By way of comparison, starting next week we'll be doing some major remodeling around here that will take just a couple of weeks or so. Imagine if I said to the contractor, "hey, just take all the time you need to get it right. If I -- or my grandchildren, for that matter -- don't live to see it, that's okay. God will see it."

So, think of the thousands of artists and craftsmen who worked on those things, but who never lived to see the finished product. Then again, they must have "seen" it in some sense, or they wouldn't have known how to proceed.

Anyway, Alexander writes of "the matter of pace. The essence of these works, made in a devotional atmosphere, was that the maker had time..." Actually, what he had was a timelessness that empowered him "to see wholeness and to act accordingly."

You can't see wholeness when you're being rushed. Rather, the window of time-dilation closes up, and we are exholed from the inspiraling goround of Slack. It's the same with the Timeless Way of Blogging.

For this reason, Alexander feels that the mystico-religious setting nurtured "the conditions for the perception and creation of buildings which were profoundly connected to the human self."

Which reminds me. Liberals love diversity, right? And Alexander taught at one of the most liberal universities on the planet, Cal State Berkeley. So they welcomed his ideas, right?

Well, maybe after he lawyered up. In the acknowledgements at the end of the book, he thanks his attorney, who "spent seven years helping me solve (through the protection of my first amendment rights) the nearly disastrous political problems which occurred at the University of California."

The tolerant faculty there "did their best to prevent the teaching of this material and to close my mouth..." But he expresses gratitude for their "unrelenting hostility" over some twenty years, because it confirmed in his mind that he must be on to something. Liberals only attack what they fear.

This explains why these liberals -- who express fawning admiration for such monsters as a Castro, a Chavez, an Arafat -- would regard a single architect as such a threat. It must be because he is not a relativist, but rather, someone who believes there are right and wrong ways to build.

Just as the left doesn't hate evil, but hates those who hate evil, they also hate people who hate falsehood and ugliness. Or in short, "God is the impediment to modern man" (Don Colacho's Aphorisms).

Reminds me of another A by DC: "All truths converge on the one truth, but the routes have been barricaded." And nowhere are they more heavily barricaded than in a liberal fascist university. 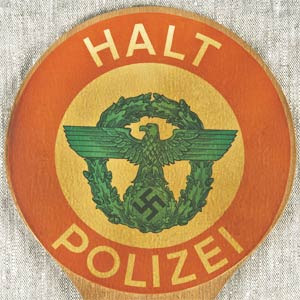 Back to the flipping. I remember another aphorism by Don Colacho to the effect that "the honest philosophy does not pretend to explain but to circumscribe the mystery."

The mystery is O. In truth we cannot circumscribe it, since it always circumscribes us. Alexander describes it as the "something" that "lies in me and beyond me." One can only live a full life -- or be alive, really -- to the extent that one circumnavelgazes or strikes an ombilical chord with this Mystery:

"[T]he essential point concerns the existence of some realm, or some entity, variously referred to as the Void, the great Self, maha-Atman, God, the Friend," such that "human life approaches its clear meaning when, and only when, a person makes contact" with it.

This is an example of the kind of "naturally supernatural" religion that can be easily proved just by paying close attention to our subjective responses to things, as halfbaked in yeasterday's loaf.

Alexander cites the example of Mozart, who "had a clear and unshakeable faith in God as a real and definite thing." His music was "written in the context of this concrete and sublime faith." Did that make it worse? If he were in the music department at UC Berkeley, would they have persecuted him for making the atonalists sound bad?

Nah. They'd probably get him for using racist and sexist stereotypes in his operas.

If we inquire as to why most modern works fail to achieve this deeper meaning, one obvious reason is that they do not try. Our secular flatland is governed by an entirely different set of values that often comes down to a meaningless "originality" for the purpose of ego inflation and other valueless prizes.

Didn't get very far today, but the Window of Slack just closed, so we're out of timelessness.

These all died in faith, not having received the things promised, but having seen them and greeted them from afar, and having acknowledged that they were strangers and exiles on the earth. For people who speak thus make it clear that they are seeking a homeland.

On a personal note (though somewhat related to today's topic) I am playing my first gig in over two years tonight.

I took the day off from work to make sure I was closer to slack. My hope is to be as a clear a channel for O as I can be.

One of the most convoluted excuses I've seen yet for lazy blogging, Bob!

I'm committing it to memory!

Re. Mozart, I've been trying to decide if they'd ding him for being antifeminist, or if they'd take so much pleasure in his perverse sense of humor that they'd turn a blind eye. Then again, considering the penalty for apostasy among leftists they'd probably give him no quarter.

Thank you for the pebbles. Linked here: http://bobagard.blogspot.com/2013/03/are-we-on-hold-or-is-god-communicating.html

Shocker: Ney York Times admits that "The decline of two-parent households may be a significant reason for the divergent fortunes of male workers..."

Of course, it can't possibly be that conservatives are right, Go - er, Gaia forbid. It's just that "these folks" haven't evolved with the modern world.

And we don't want anyone to think that marriage should be encouraged; after all, the sperm donors who fathered all those brats probably aren't the sort of folk you'd actually want raising children. No, somehow "society" must make the men more "attractive."

I'll bet the solution comes in the form of a collection of government programs with a hefty price tag.

A timely though slightly OT discovery to share---Just what the 'net is good for, stumbling onto juicy sources unplannedly, [like Bob & his Alexander connection]: check out
these letters
from 'S' who knows a thing or 2 re the Sun and Darkness [and Uncle 'Ormus'] and the Body and some of their historical human interplay!

Have a blessed and joyful Easter!
Mrs. G

Julie et al---remember your posting the PC mindless-speak dialog of elder Simpsons?
I done put it to
a song

Hope you all had a wonderful Easter!

(I trust no one here was confused by Google into thinking that today was Caesar Chavez day...)

probably not a bad thing.

tooRiver, yeah I'm about ready to beak away again from my daily dose of "We really hate the West, don't you too?". Bing isn't much of a step up, but....

Anyone got any search engine favorites?

Van, have you tried DuckDuckGo? I wouldn't call it a favorite, exactly, but it's useful for a different search selection.

Thanks Julie, that actually seems to work pretty well!