Quick Proof of God, Not that it's Necessary or Useful

I think I'll take a little unscheduled breather of indeterminate duration. I could be wrong, but I believe my brain is telling me it needs a break (if only Justice Roberts had listened to his brain before committing a blunder for the ages!). Plus, there doesn't seem to be all that much interest in our current line of attack on the celestial horizon, so I'm sure a new inspiration will come to me if I close the current windows and reboot.

Reader Magister left a provocative comment that is worth your contemplation:

"When I look at a chimp, a dolphin, or a dog, or any other creature that is intelligent, it is quite clear that the other creature is less than me. I like my dog, and have a sort of relationship with him, but in the end, he is not going to read MOTT with me, make love or music with me, or help me deal with issues. He's good at playing with a tennis ball and acts like a friendly pack animal. That's about it.

"In chimps there is great family resemblance, so there is indeed something haunting about their returned gaze. But my human sense of 'I' could not arise by prolonged interaction with a chimp. This can only happen with my mother, father, and other humans. With them the other gaze is a commensurate 'I,' which is the only gaze that can be a productive relation for building a sense of identity. What's more, if this interaction is loving and not harmful or smothering, it can be creative.

[I would just add that it is a necessary condition of creativity, and that all subsequent creativity mirrors this primordial dialectic between spontaneous expression and joyous reception and recognition.]

"At some point however even these human interactions will be incommensurate with our deepest longings, not because they lack value, but because they are limited in various ways, and so incommensurate with the scale of our desire for complete understanding and perfect relation. For that, we turn to God. The interaction with God alone is infinite, an ever-expanding mysterium of relation, and this alone satisfies and dissatisfies, leading us both inward, outward, and in every direction.

"Is this another way of saying what this post is saying?"

Yes, more or less, although I would add an important caveat about human relations -- that there are "sacramental" human relations that serve as a vehicle for the divine grace, so they aren't merely "human" but divine; or, fully human because divine.

Otherwise, there are an infinite number of ways to say it, but you said it perfectly well (and each generation needs to say it anew, in relation to the accidents of science, history, and culture; also it has to be experienced, not just known, i.e., what we call [n] and not mere [k]).

As Schuon says, "Our intelligence is made for the Absolute, or it is nothing." There can be no middle ground: O or ø.

That last wise crack reminds me of something Captain Beefheart once said: "Yeah, I'm a genius, and there's not a thing I can do about it."

Schuon adds that "If it were necessary or useful to prove the Absolute, the objective and transpersonal character of the human intellect would be sufficient as evidence, for that same intellect testifies irrecusably to a purely spiritual first Cause, to a Unity infinitely central but containing all things, to an Essence at once immanent and transcendent."

Right? Right. Embarrassingly obvious when you stop to think about it.

So, "total Truth is inscribed, in an immortal script, in the very substance of our spirit."

You might say we are condemned to transcendence, which hints at the supreme irony of Crucifixion in its universal sense. There's no way around it. One can, however, fall short of it.

So dive into the deep end. You're gonna get wet anyway. Plus you might even float: 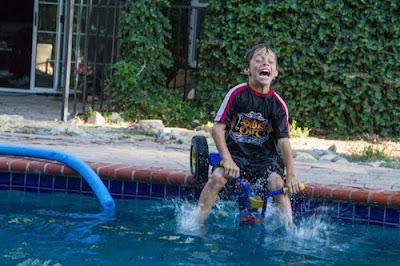 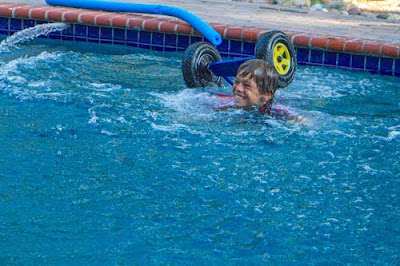