Veils and Brutes, Whores and Bullies

Amazing what putting one little naughty word into the title does for one's traffic, as indicated by the spike on the right side of the chart:

No wonder our language has become so debased. It works! If only putting a shocking vulgarity in the White House worked so well...

Perry notes that it is possible for Love and Truth to become polarized, but only as a result of a kind of declension, or devolution, from their higher unity. In such a case, Truth devolves to mere reason, while "Love becomes sentiment."

Have you noticed, for example, how sentimental people become when they have rejected religion? Actually, they can become either hard or sentimental, but I've noticed that some of the hardest ones can have a sequestered area of pure mushy sentimentality as a kind of replacement for a more rigorous and demanding religioisity.

Why, for example, does Richard Dawkins get married -- not just once, but repeatedly? Why this spiritual flabbiness amidst the hard and selfish genes?

But really folks, Truth and Love. What would life be without 'em? No, not false and hateful, since those represent deprivations, not negations.

We can't even say it would be like mammal life, because we all know that dogs, for example, have some sort of rich emotional life, with something analogous to "love." I suppose it would be more reptilian in nature -- just existing for the pure, unreflective sensation of it, like Charlie Rangel.

In fact, existence without Truth and Love isn't even existence, really. In a way, it's indistinguishable from non-being, and in any event, not worth the bother.

This is what often strikes me about radical environmentalists, who talk as if human beings are a destructive parasite on an otherwise beautiful and harmonious planet. What nonsense. If there were no humans to enjoy it, the earth might as well be obliterated by an asteroid, for all we care.

This also explains the widespread touchiness of political correctness. It turns out that these brave nihilists have more sacred cows than an ultra-Orthodox Jew with obsessive-compulsive disorder (like my wife's late Uncle Davy).

You can hardly say anything without offending the tender sensibilities of the politically correct. The other day Ann Coulter stepped into a sacred cowpie for calling President Obama a "retard."

But he is a retard, if by retard we mean someone who is intellectually, emotionally, spiritually, or morally arrested. The Benghazi scandal alone qualifies him for moral retardation. I mean, if no one is retarded, then no one is advanced.

Which is precisely what the left wants us to believe, but only when it is convenient. Otherwise they regard themselves as morally and intellectually superior to the 99% rabble o' retards.

Leftists also treat women as "sacred objects," but they go about it in a completely wrongheaded way. In fact, there is something deeply sacred about femininity, something worthy of veneration and protection, and which properly evokes chivalry in the male.

But this is quite different from the vulgar leftist belief that there is something special about a woman just because she is a woman -- or, more to the point, a leftist woman who feels that life has treated her unfairly. The left venerates victims, irrespective of whether or not they have any praiseworthy qualities.

Perry observes how "veiling and unveiling" play "such a central role in the contemplation of female beauty." Why, for example, is there a Victoria's Secret, and what is it hiding? We're not complaining, mind you, but a male equivalent of this would not only be absurd, but pathetic. What's the deal with the veiling of feminine beauty?

Perry says that it has to do with "the sacredness of beholding the essence." All cultures are -- or at least were, prior to the 1960s -- aware of this feminine power, and try to deal with it in various ways. However, the balance can be tipped too far in one direction or the other.

For example, "An excessive emphasis on veiling, and on guarding woman from the predatory passions of men, while necessary in a world populated by brutes, can overshadow the deeper function of veiling which... has to do with protecting man from beholding the Divine Essence unworthily" (Perry).

For strict atheists and other secular nihilists, this is all there can be, which again makes one wonder why the left is so eager to protect women that a man can be get sued for looking at one the wrong way.

Ironically, this regime is analogous to a "legalistic hijab," a kind of state-enforced veiling that has totally forgotten why the veil is necessary to begin with. To put it more bluntly, you can't really shame a whore any more than you can be mean to a bully, because the first is truth, the second justice.

Difference between zombies and liberals? If you give the zombie what he wants, he'll leave you alone: 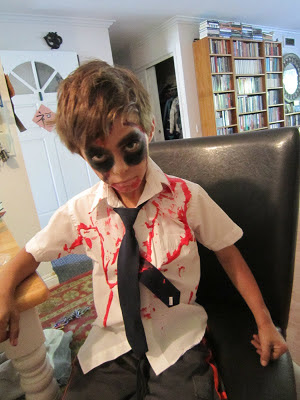 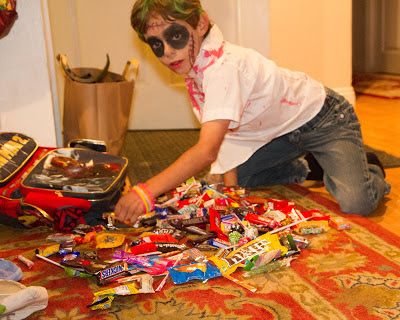 For some reason this reminds me of a Firefly episode where Mal punches a guy for calling Inara -- a high-class courtesan -- a whore. Inara asks him why he got offended since he routinely says the same thing to her. Mal replies to the effect, "I say it about your profession. He said it about you."

there is something deeply sacred about femininity, something worthy of veneration and protection, and which properly evokes chivalry in the male

Femininity often evokes domination, c.f. Islam, so "properly" is the operative word there.

For me, and it took a while, my feelings at the deepest and most fundamental level are related to my wife's fidelity, motherhood, and beauty.

I'm ashamed to admit that there was a time when I questioned their value.

Her loyalty. The loving cradle of her womb, in which we knit our love into children. The beauty in her eyes, which is ageless.

These things evoke a loyalty and protection now that brings death right up alongside us. These things draw the sacred circle.

Yet only we, alone, notice this.

Why, for example, is there a Victoria's Secret, and what is it hiding?

Heh. Last week, while walking through the mall the boy finally thought to ask about Victoria's Secret. Specifically, what the mannequins were wearing. I told him "underpants." Now it's one of his favorite words...

"Difference between zombies and liberals? If you give the zombie what he wants, he'll leave you alone"

IRT the enviro-mental weenies, it's telling that they view humans as parasites because that's what they consider themselves to be.

Which, actually, is an accurate discription of themselves (of course, naturally they also consider themselves to be "good" parasites).

Anyone who says there ain't no vampires hasn't met a died in the fuel leftist.

Don't mean to put down parasites, they are what they are.
But those who consider humans to be parasites destroy human nobility...even humanity itself.

What is more destructive and satanic to humanity than an envious parasite?

Leftists also treat women as "sacred objects," but they go about it in a completely wrongheaded way"

And they reduce women to "lady parts."
Talk about objectifying (and subjecting) women!
No one holds a candle in the wind to libs in that regard.

Ironically, the feministas try to make up for their feelings of inferiority by trying to enslave men (metrosexuals, really).

Of course, that whip they wield won't make them any less enslaved to the chains of their own making.
Although they do seem to get a perverse, sadistic pleasure out of it.
But that's liberation baby!
A veritable sacred cattle drive!

"This also explains the widespread touchiness of political correctness. It turns out that these brave nihilists have more sacred cows than an ultra-Orthodox Jew with obsessive-compulsive disorder (like my wife's late Uncle Davy)."

L is in good company. Underpants is one of my favorite words, too, along with "brassiere" which -- as a written word -- looks like it should have been a device used by the Spanish Inquisition.

And bustier. Probably better not teach him that one yet.

Julie, my favorite word for it is "unmentionables." :^)

One very hot Sunday afternoon I was required to give a talk to the Confirmation class kids, their parents and sponsors in the church, about 45 people. There was no A/C, and the fans were directed to the people in the pews. I was still in my vestments from having just said Mass, and I was roasting.

As I delivered my prepared remarks I noticed that none of the kids, two of the parents and five of the sponsors were paying no attention at all. I was already hot, but this burned me up, and I considered it totally unsatisfactory. Rather than upbraid them, I inserted the word "sex" into the middle of a sentence without any connection to what came before or after. I didn't change my tone, my posture, expression or delivery, just that one word. I instantly had EVERYONE'S attention, and held it throughout the rest of the talk.

I found not only effective, but an interesting note on human nature. Oh, and amusing.

That's funny. I wonder how many people consciously noticed, and how many simply thought the lecture has suddenly become fascinating?

Reminds me of the Pepsi can design that came out when I was in high school...

"But really folks, Truth and Love. What would life be without 'em? "

An agony of tedium. Life is too long without either. Its the watching of endless football/baseball/hockey games only to have them do it all over again next year. It would be the office politics of the Monkey-house, where each pink bottom ape who survives to maturity gets to be king for a while and then disappears after his reign is through. No history, No Art, No Science (and why should there be, anyway as it is intrusive on the day to day monkey business).

Endless in rhyme, repetitous in theme.

A far more detailed description of the bullies and their whores phenomenon can be found by searching for "Chicken Soup with the Bully Enablers."